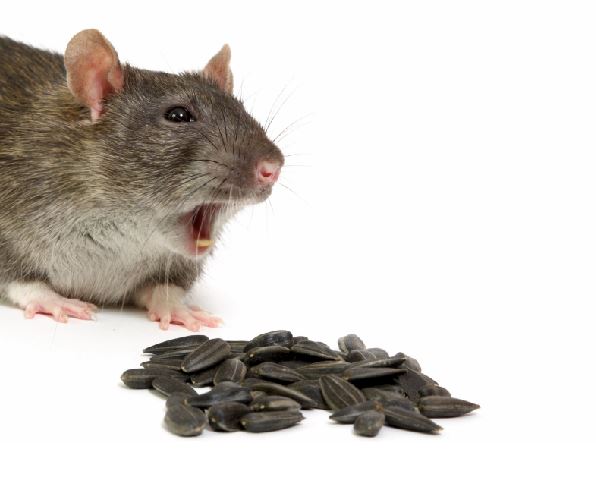 Teeth are something almost every animal, reptile, mammal, humans and any other living creature has. Imagine a dentist cleaning a rat’s teeth. It would be almost impossible. Rats’ teeth are a lot smaller than humans. Size is not the only difference between the two when it comes to teeth.

One of the major differences is that rats’ teeth are constantly growing. Humans are born with a set of baby teeth that they eventually lose. When humans lose their baby teeth they grow in their adult teeth. These adult teeth are the only teeth humans have forever. Unlike humans, rats’ teeth don’t fall out. They are always growing. This means rats have to saw their teeth down so they don’t get too long. This is why you always see rats gnawing or nibbling on everything. They are trying to shave their teeth down. When it comes to the amount of teeth, rats have twelve molars and four sharp front teeth.

The construction of the jaw is also different. Human jawbones are solid. The jaws of a rat are separated. They are only held together by a small piece of ligament. This is why rats have a jaw that is more flexible. A rat’s jaw is also very powerful. It is known to be able to chew through bricks and some metals. Most humans are not able to do that.

Similar to humans, rats are also omnivores. This means that they have teeth that are used for similar reasons. Rats have “cheek teeth” that are known as molars. These molars resemble the same molars found in a human’s mouth. Rats have a lot more molars than humans.

Teeth are teeth no matter their shape, size or placement. They are used to chew food and are a necessity. Unlucky for us humans, we only get one set of teeth. We have to make sure they last forever and take care of them.